If you were to compare the standard features of any two cars—let’s say a Shelby Cobra and a Ford Pinto—you’d have to conclude that they’re exactly the same. 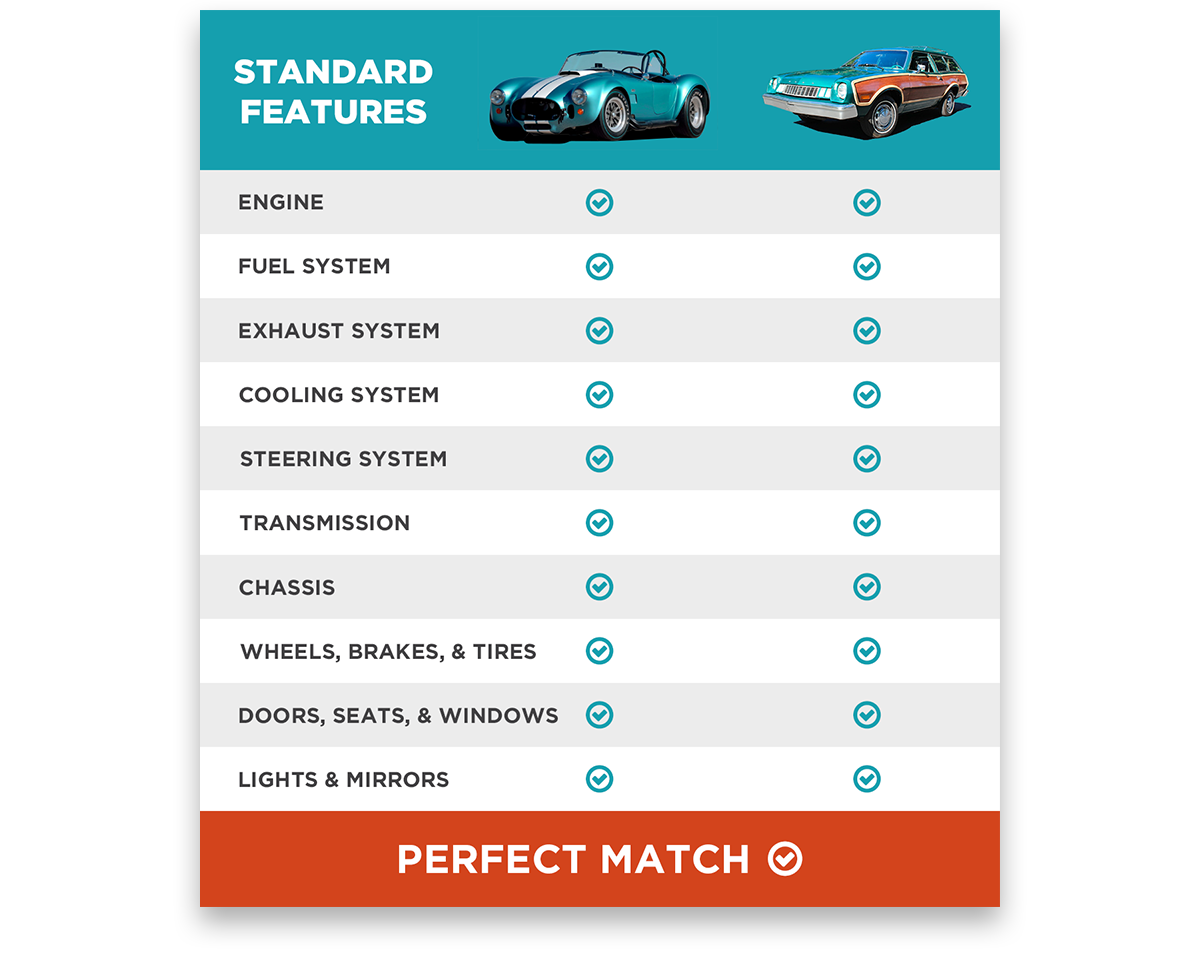 And it’s a tie! Except it isn’t. Not even close.

Having the same features doesn’t make two cars alike any more than having eyes, noses, and mouths makes two faces alike. Rather, it’s the quality of individual features and their overall arrangement that make the difference. In other words, the spec sheet matters far more than the feature list.

The same is true in advertising. Our industry has its standard features. Ads have the same basic parts—images, headlines and copy, calls to action. So do websites. In fact, every modern site seems to be built on the same “chassis.” There’s a logo to the top left, navigation to the top right, a hero image with a headline and a button, and rows of content beneath in a responsive, grid-based layout.

This conventionality may seem tiresome and limiting, but remember that conventions are simply placeholders. The requirement to have an engine doesn’t keep you from getting a big one. There’s plenty of freedom to build a high performance model within the standard framework. And in most cases, that’s exactly what we do. Instead of inventing new parts (or reinventing the wheel), we focus on producing common parts with uncommon quality and assembling them in a signature way for the customer.

Bottom line: excellent and cohesive design turns standard parts into exceptional performance. That's what we're driving for, and if you're after the same, we should talk.