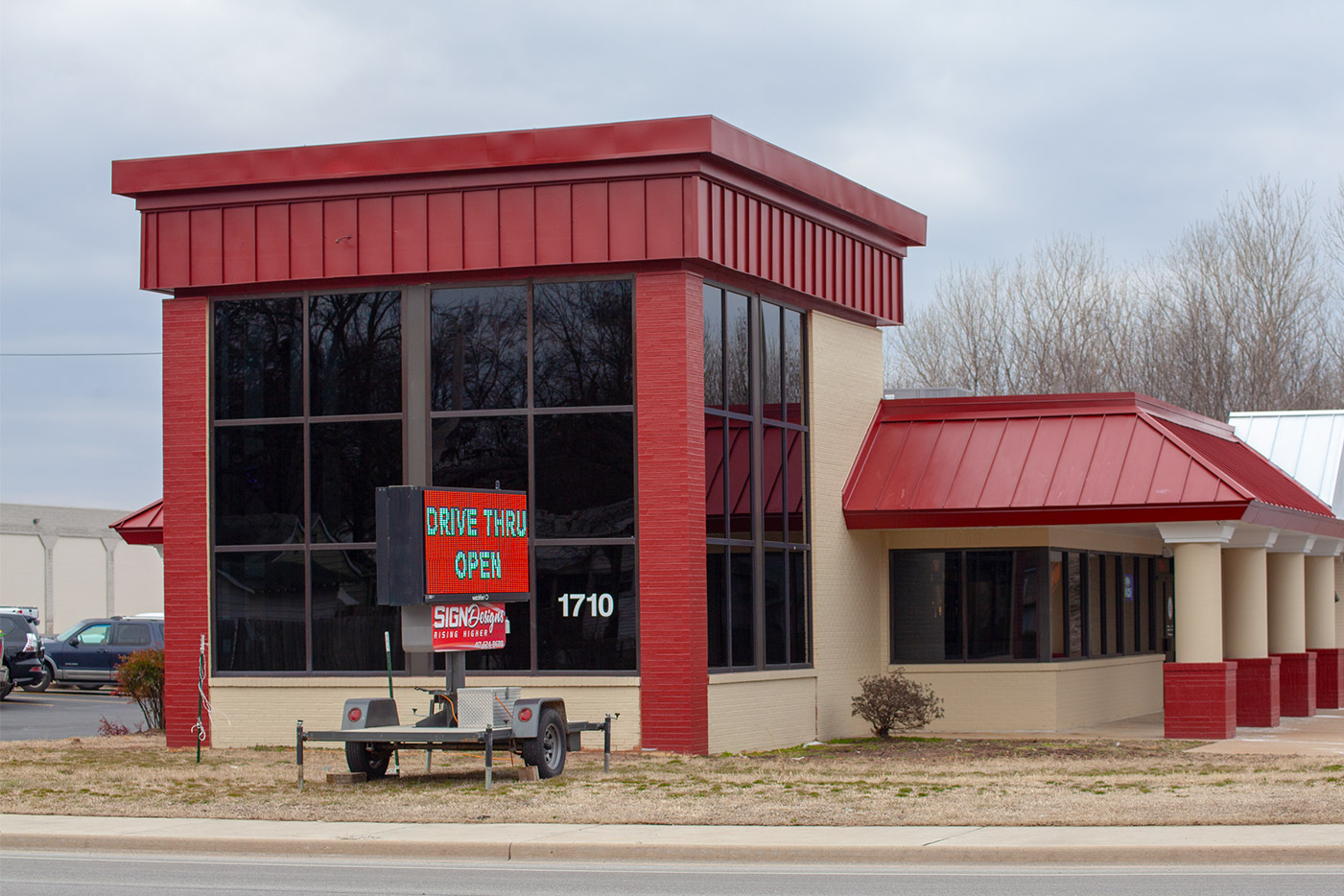 Not really, but we have muchas, which makes their competition fútbol-like. Case in point, Taco Loco put up a special welcome sign for Speedy. 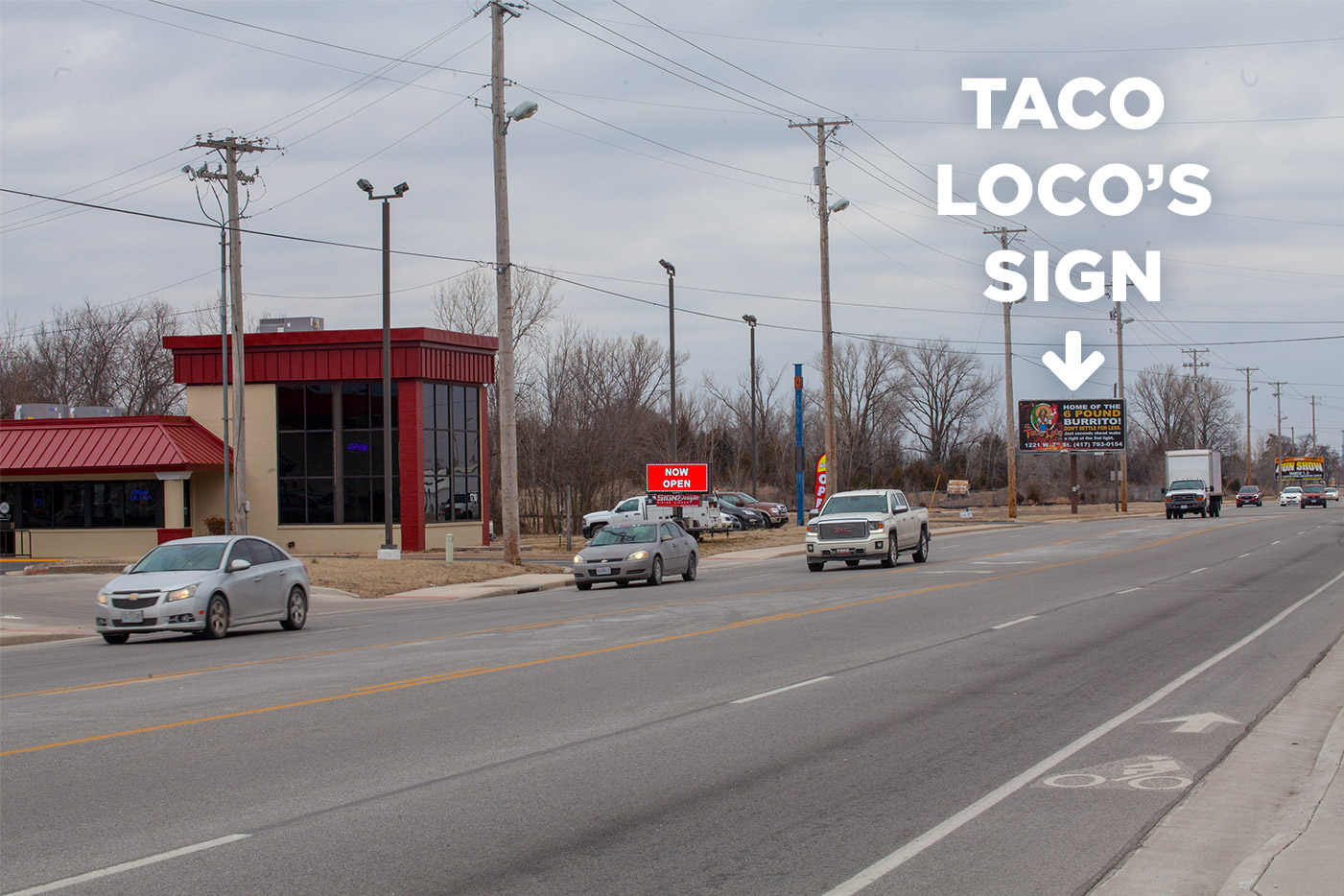 Okay, it's more of a warning shot than a welcome sign. Here's a closer look.

And another friendly restaurant, Del Rio, invited speedy over for lunch. 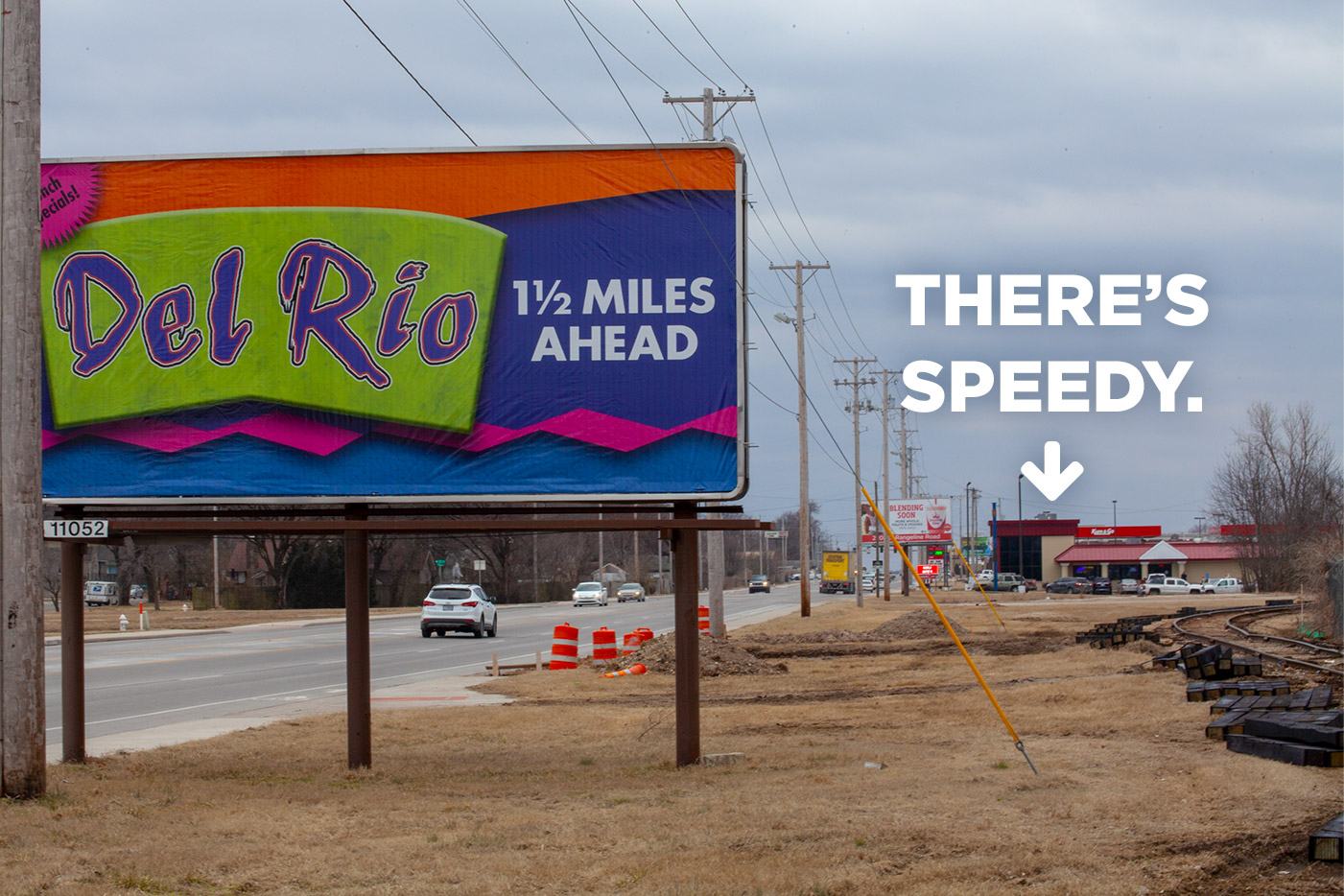 Not exactly a warm bienvenidos to the barrio. Looks more like a Mexican standoff.

We were laughing about this at work, but that got us thinking about some real advertising lessons to be learned. Here are cinco of them.

There’s a lot to be said for a well-timed and placed ad. In this case, Loco and Rio are capitalizing on the extra attention and traffic generated by Speedy’s opening. They’re going where a crowd is already gathered.

Overall, you want to diversify your ad dollars across a range of placements to reach your audience. That’s the whole idea of a campaign. However, it’s also wise to be on the lookout for special circumstances when a regular investment could pay irregular returns.

Example: a billboard right next door to a competitor’s grand opening.

Just when you think you’ve found the el perfecto place and time to advertise, a competitor’s ad pops up in the same spot. Loco and Rio were making the same plans and probably had no idea.

That’s advertising: it’s competitive. Even if you’re the first to arrive, the next guy will be right behind. That’s why the quality and creativity of the ad matter even more than the location. When ads face off as they inevitably will, the better one wins.

We often hear reports about the death or imminent demise of some old ad medium—TV, radio, print, etc.  Those reports are greatly exaggerated. Truth is, they can’t die because they were never living things. They’re just tools, and with any job, you choose the tools that make sense.

In this case, billboards do the job just fine, and show no signs of falling down muerte.

These billboards definitely fall into the guerilla category. They fight good and mean at the ground level. They employ an effective tactic by crashing Speedy’s grand opening, but they can’t win a strategic victory.

Even if they steal some of the lunch crowd one day, those same people will likely go back and try Speedy another day. And besides that, getting a customer through the door is just half the battle. Getting them to come back is the other half, and it takes a lot more than a billboard.

These ads also completely miss Speedy’s secret weapon: breakfast burritos. That’s their niche and strategic advantage. They open for business at 6AM, while neither Loco nor Rio opens until lunch, so they’re not really competing against the newcomer.

Cinco: The Best Advertising is Bueno.

Is the message of these billboards good or bad? Positive or negative? What are they really saying—“Come eat with us,” or “Don’t eat at Speedy’s”?

It’s some of both, and that’s okay. Sometimes.

However, it shouldn’t be the norm. A company’s overall advertising should be positive, not negative. We should provide reasons for a customer to choose us—not reasons to avoid a competitor. (That’s also a lesson every politician should learn.)

Because ultimately, we’ll only win by the good we offer, not by what a competitor lacks.

So here’s our advice to Speedy.

Make the most excelente breakfast burritos in town. Do what you do amazingly well and keep doing it. Delight customers and you’ll generate an incredibly effective form of advertising—word of mouth. If customers are saying good stuff, it doesn’t really matter what the competition says.