There’s just something about a bouncy ball. You throw it, chase it, catch it, maybe hit it over the fence with a bat - the uses for it are limited only by your imagination. That’s the beauty of its simplicity. It doesn’t have any mechanics or moving parts, and yet this one toy has been ever-present for generations. Even dogs love them.

And that’s all this Saturday Night Live ad wants to sell you: a little red ball. Buy it at your own risk:

There isn’t much to this ad. Even in comedy terms, there is only one joke. The commercial begins by showing the Happy Fun Ball bounce across the screen, followed by a trio of kids (well, SNL cast members dressed as kids) introducing the item with great enthusiasm.

We then keep our attention on an unmoving shot of the ball itself as increasingly wild warnings about this boring little red bouncy toy fill the screen. It turns out maybe this ball isn’t as simple as originally assumed. 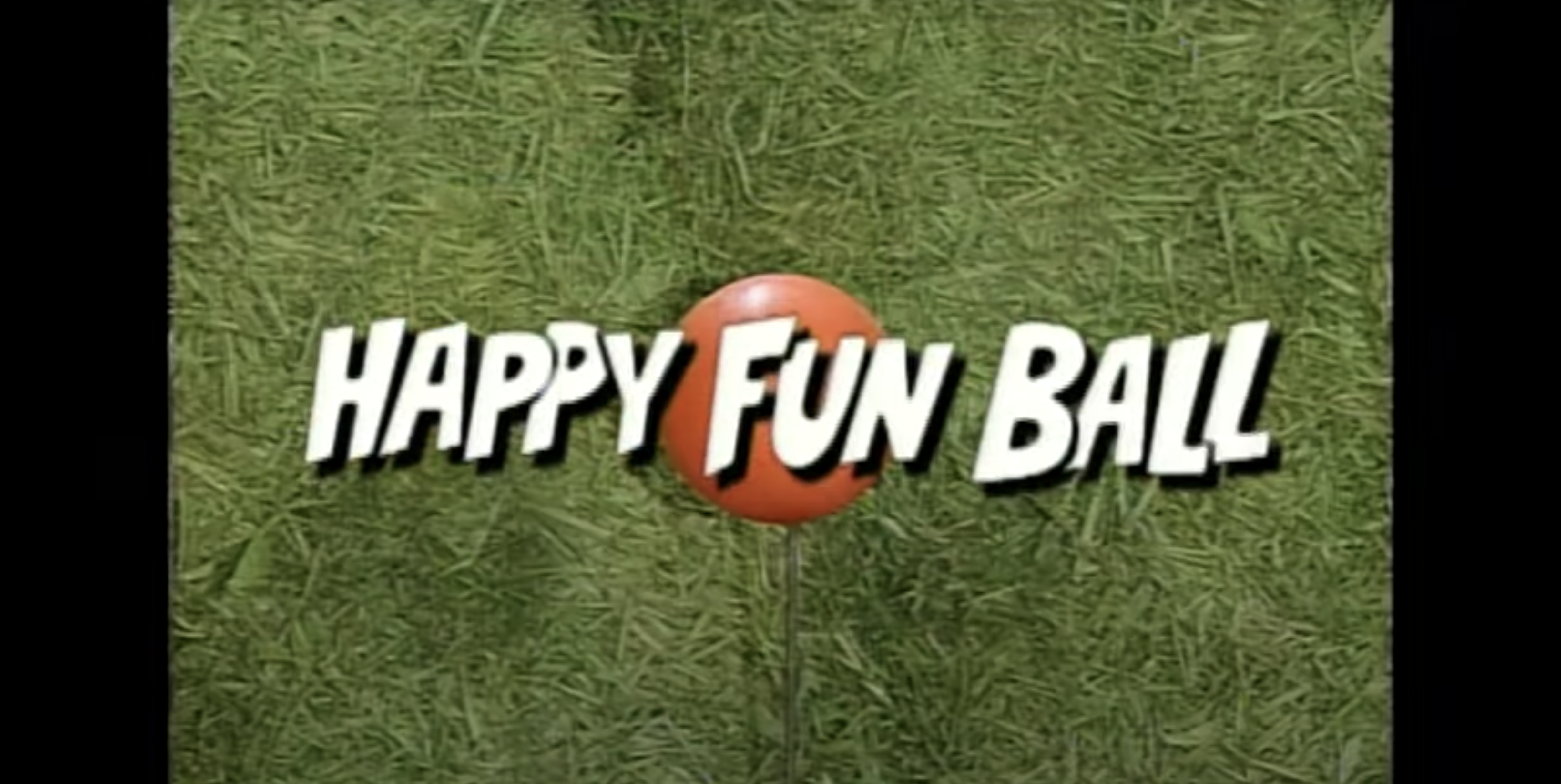 Lesson One: Know Your Audience

This is an easy one, especially considering how little commercial this commercial features. It’s a toy for kids, so our subjects are a trio of children. They don’t actually play with the ball much, but they appear to be very excited about it. Must be some ball!

Some ads have no problem telling potential consumers what they will spend on the product being sold. Others like to be cagey about it, hoping the ad will hook its audience enough that they simply must get to the store and find out what the item costs later.

With a product this simple, attaching a price probably isn’t necessary. It’s a bouncy ball! How much can it really cost?

But Happy Fun Ball goes that extra mile. This bouncy red ball will set parents back a curious $14.95 to bring home. That’s a surprisingly expensive ball, especially considering this is $14.95 in 1991 money. Adjusted for inflation, that’s about $30 now. It doesn’t connect to your phone or anything.

Lesson Three: Be Honest About Your Product

Here’s where the central joke and lesson of Happy Fun Ball comes into play. If there is a deficiency about your product that goes against expectations, or if there are warnings consumers need to know, it’s best to say these things out loud rather than keep them as secrets your audience will only discover after spending their money.

This leads to anger, anger leads to backlash, backlash leads to the dark side of the free market: blacklisting.

You want people talking about your product, but not if all that talk revolves around some unrevealed fault.

In Happy Fun Ball’s case, it’s ALL warnings. Apparently, the fun little ball is powered by some kind of alien artifact that will absolutely destroy your kids if they play with it incorrectly.

Even if they do play with it correctly, it’s still a highly dangerous toy that can cause heart palpitations, slurred speech, temporary blindness, and a host of other unfortunate ailments. You also apparently cannot destroy it, as the toy comes with a lifetime guarantee.

It’s a simple joke idea, satirizing the long list of possible side effects we still see all the time in medication commercials, just applied to a simple childhood toy. Genius!

And you never know. With everything put on the table like that, children may still want it. Heck, they might even want it more. And parents now have all the data they need to make an informed decision about bringing this dangerous alien ball into their home. For some, the biggest demerit here might just be the outrageous price.