Here's part one. Unless you do things backwards (like those people who eat dessert before dinner), read it first.

Measure every ingredient in the mix.

Using all the right ingredients, but not measuring them is a recipe for failure or, at least, nutty results. That’s true in advertising, too.

You can track the outcome of any ad, from web banners to billboards, and we could easily spend the rest of this article on the ingredients involved, but we’ve already done that in two of our Recruiting Sessions.

Even though these are geared toward job advertising, the tracking methods apply to any ad, and the videos serve as an excellent entrée into what can be a complex and confusing subject.

One topic the videos don’t cover...

...is how to measure the results of an ad without some kind of tracking baked into it. That’s an increasingly rare situation since you can almost always include something traceable—like a unique URL, phone number, or promo code—in the call to action.

However, if you find yourself needing to measure an ad with nothing traceable, what do you do? Let’s answer by way of an analogy.

Embarrassed by his widening waistline, Mike Teavee resolves to start counting calories. But there’s a catch: his nightly TV dinner has no nutritional label. (It was misprinted, which is how he scored a killer deal on a whole deep freezer full, which is also why he eats them every night, but enough backstory.)

Anyhow, he decides it’s no big deal. He doesn’t need to know. Why? Because he can still count every other calorie. So if his other numbers are on track, but he’s still gaining weight, then he knows Hungry Man is the problem (which he really should have known all along.)

That’s the gist of how you indirectly measure an ad you can’t directly monitor. Track everything else and attribute leftover results to what you can’t track. It’s a simplified explanation, for sure. Doing this for real involves factoring in everything you do know, like where the ad ran and when and for how long. It also gets more complicated if you have more than one untraceable ad running at the same time and place.

But actually there’s no need to do that. Like our videos explain, you can bake those traceable ingredients into all your ads, so you only have to fall back on indirect monitoring in a pinch. If you’d like to discuss this in more detail, we can speak from lots of experience. Give us a call.

Like a kitchen drawer jam-packed with measuring cups, spoons, thermometers, and scales, campaigns come full of metrics. At first glance, all these units of measurement might seem like a lot to take in—and yes, there’s a learning curve. But it’s not so bad when you realize the metrics ultimately measure just three things: recognition, response, and return. 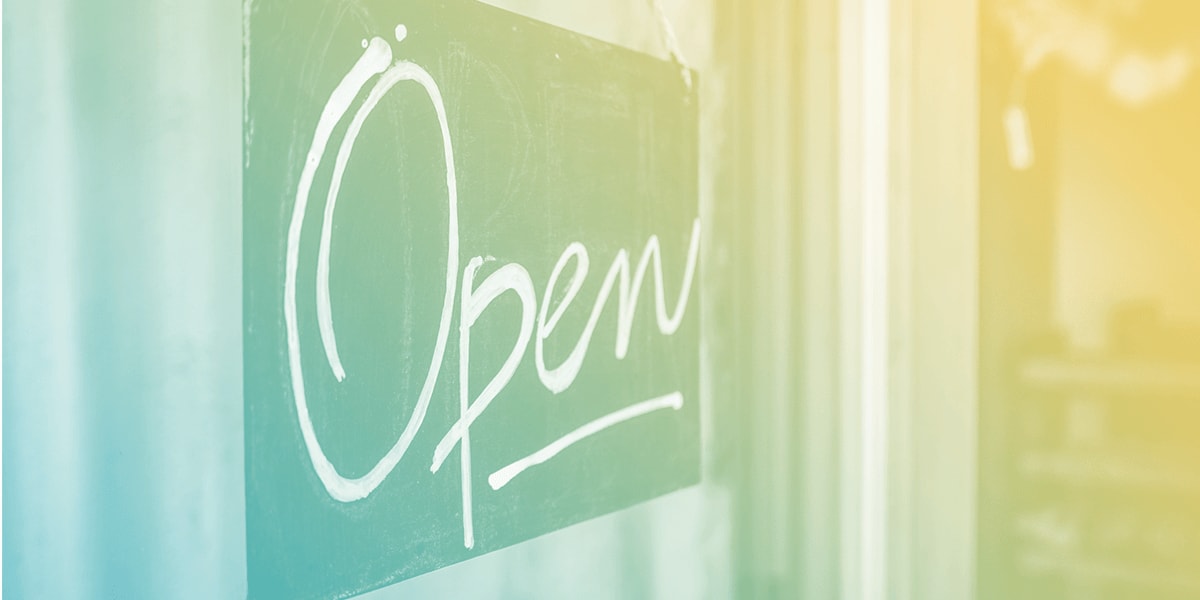 A restaurant—let’s call this one 3-Star R’s—has to get its word out before customers and orders come in. Similarly, advertising has to generate awareness before it can generate sales, so many campaign metrics are essentially measures of recognition. These include:

Together, these give you a good idea of how well you’re generating awareness—and especially where you’re losing it. If, for example, 3-Star R’s sees lots people clicking a particular ad, reaching the landing page for it, but then bouncing (that means leaving quickly), then they know there’s a problem.

Maybe the ad messaging doesn’t match the landing page, so people feel a bit confused or mislead when they get there. Because R’s is measuring, they can make changes and be sure the page fits with and fulfills the ad. That way people get a consistent message and end up fully aware of an offer. 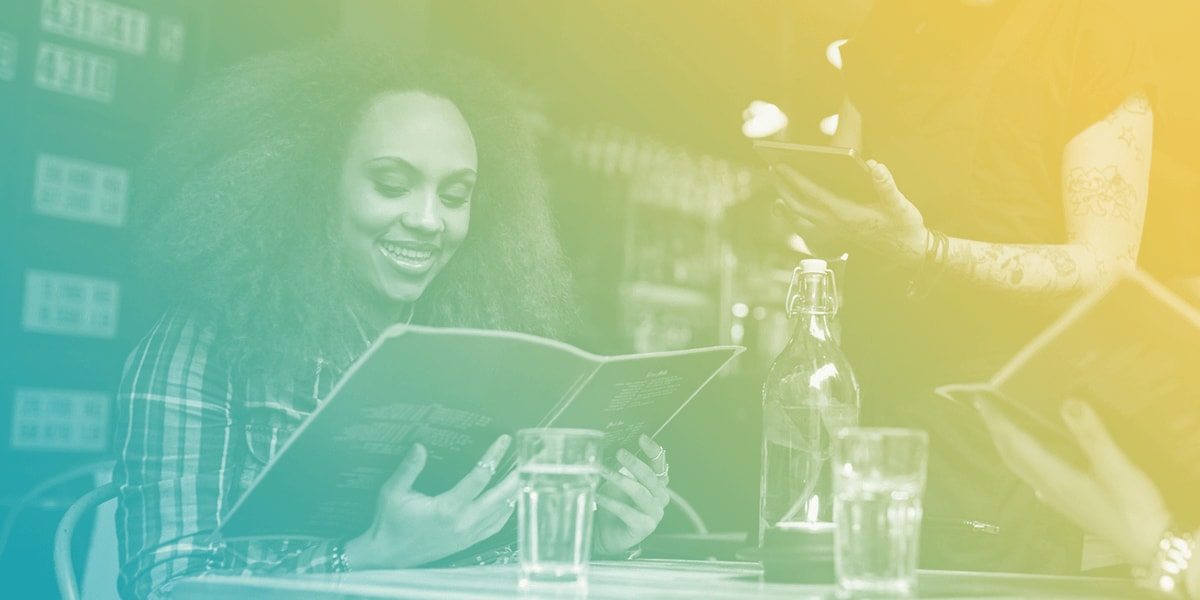 3-Star R’s may be the best known restaurant in town, but that’ll only keep the lights on if people act on what they know and become paying customers.

In advertising, getting someone to respond and do what you’re wanting is called a conversion, so monitoring the process is known as conversion tracking. And just to be clear, a conversion doesn’t only mean getting someone to buy something or sign on a dotted line. Those may be your ultimate goals, but ads can serve other purposes that move people toward your main offer.

For example, R’s might offer their popular blondie recipe in exchange for people’s emails. If someone takes the deal, that’s a conversion even though it’s not a sale.

Some key metrics that measure this responsiveness are:

To use a personal example, here at Ramsey we do a lot of recruitment marketing, so one of our main metrics is the applicant conversion rate. We have to know not just how many people checked out a job, but completed an application. If we get lots of ad views or page visits, but no applications, then we make changes to get a better response.

Ultimately, 3-Star R’s isn’t looking for leads or one-time sales. They’re advertising for repeat business and profitable growth. And the only way they can know if a campaign is fortifying or cutting into profits is through an Return on Investment (ROI) analysis.

ROI measurement provides the most worth, but also takes the most work because it requires inputs from other sources like your sales or CRM systems. Between your campaign, sales, and customer data, you’re trying to uncover which ads led to profitable sales and returning customers.

For instance, if R’s cost per conversion was $5 to sell meals with only a $5 profit margin, then the campaign generated zero profits. If however, everyone who bought those meals came back for more, then the campaign suddenly became profitable. That’s the kind of insight you can only find through ROI analysis.

To take another example from our own recruitment marketing, Ramsey and our clients want to hire and retain people, not just get them to apply. To really know which campaigns gave us a good return, we have to review which of them generated the most hires. Our clients can take it a step further by reviewing which of those employees stayed long-term. That requires data from the campaign, applicant tracking system, and employee database, but that’s what it takes to really measure ROI.

Okay, two more points on measuring and this article will be full.

Make sure your cup is a cup.

In other words, validate your measurements. Know where your data’s coming from and what your metrics mean. That may sound amateurish, we know, but even professional advertisers sometimes get it wrong. Case in point: the stink over Facebook video ads in 2016.

Outraged advertisers flung rotten tomatoes (no, not literally) at Zuckerberg and company, claiming they had inflated the average view time of their video ads to make results look better. In reality, many advertisers had simply neglected to read the documentation and understand how Facebook calculated its Average Duration of Video Viewed metric.

They thought average view time equalled total view time divided by total views. However, they missed that, to be considered a view, a video had to be watched at least 3 seconds. So views under three seconds weren’t counted, and that’s what led people to take up tomatoes.

The lesson: don’t just assume; know what you’re measuring. And if you’ve hired someone else, like a marketing agency, to run your campaigns and report the results, be sure you understand what they’re dishing up.

Remember a recipe is more than a list of measurements.

It matters what you put in, not just how much. Think of this in terms of dessert (which is a great way to think of anything). Say R’s has two locations where they’ve just introduced a new cheesecake. Downtown, they’re selling out every day. Uptown, they can hardly move a slice.

After a while, they might conclude that the uptown clientele just can’t stand cheesecake. Maybe they’re lactose intolerant. Maybe they have a beef with the dairy industry. Or maybe, just maybe, something else is amiss. What if the problem’s not with the place or people, but with the product? What if Uptown R’s accidentally used old cream cheese (yuck) or splenda (no thanks) instead of sugar? Or perhaps the product is fine, but the presentation is wrong.

Ads are vulnerable to the same problems. If your campaign isn’t performing well in a particular place or with particular people, it might be them, or it might be the content itself. It’s worth checking into and even running A/B tests because there’s no substitute for grade A written and visual messages. Get those wrong, and it won’t matter where you place an ad or how many people see it.

With that, this article is brimful, but our third and fourth installments will cover one more key aspect of measuring ads—the timing.